This week: Total number of personal insolvencies are at the highest annual level since 2010 and company liquidations are on the rise too. 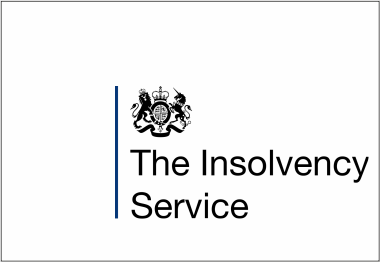 The total number of individual insolvencies has increased for the fourth consecutive year to 122,181. This is a rise of 6% compared to 2018. The increase was largely driven by a 9.8% increase in IVAs to 77,982, which is the highest annual level of IVAs recorded since their introduction in 1987. Personal Bankruptcies increased slightly compared to 2018 while debt relief orders decreased slightly. 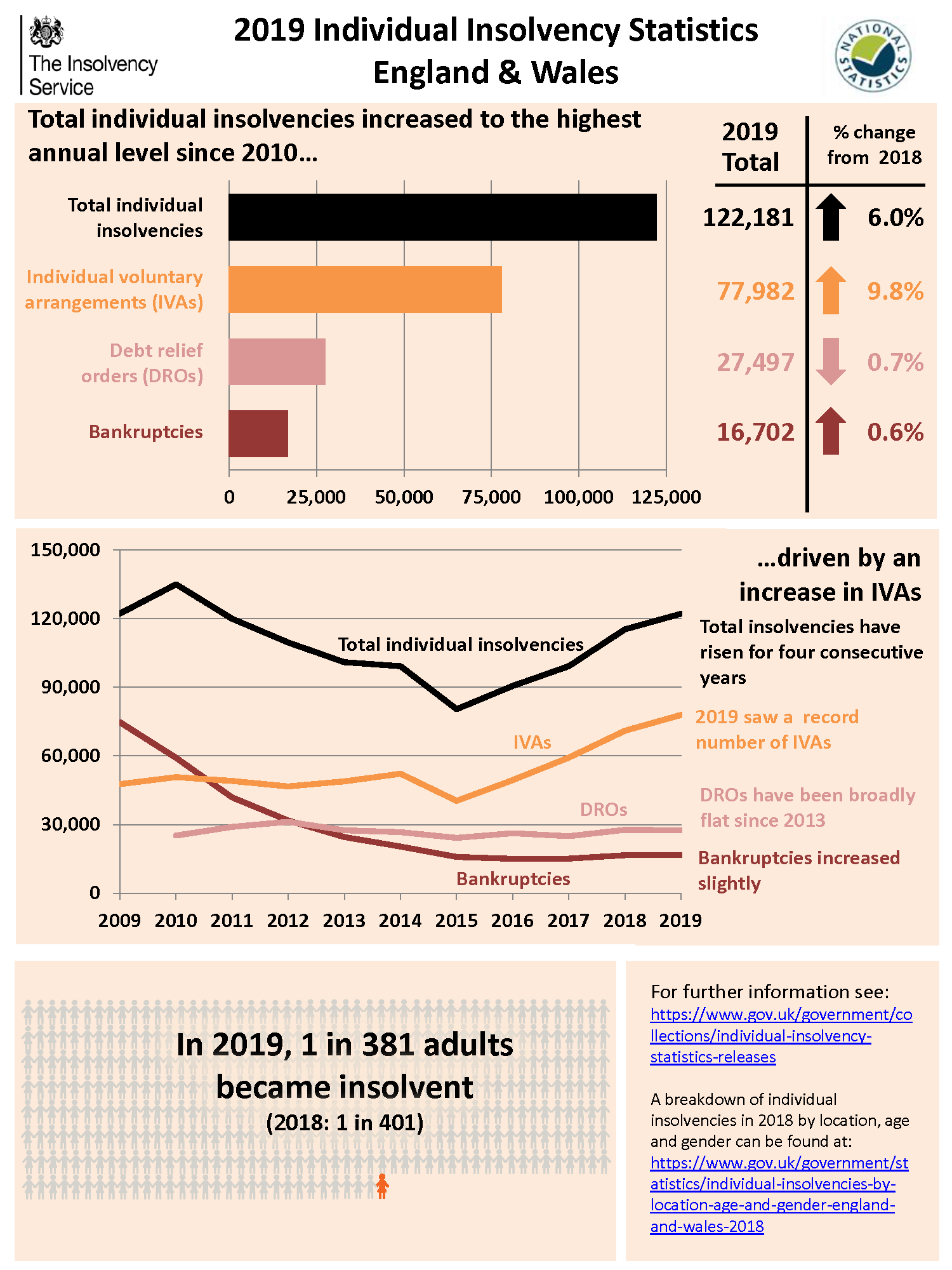 Total underlying company insolvencies increased to their highest annual level since 2013 with the total number being 8.1% higher than the same period last year.

The increase has largely been driven by an increase in CVLs (creditors' voluntary liquidations), which have now reached their highest annual level since 2009. The number of Administrations increased in 2019 when compared to 2018, compulsory liquidations decreased and company voluntary arrangements (CVAs) were flat. 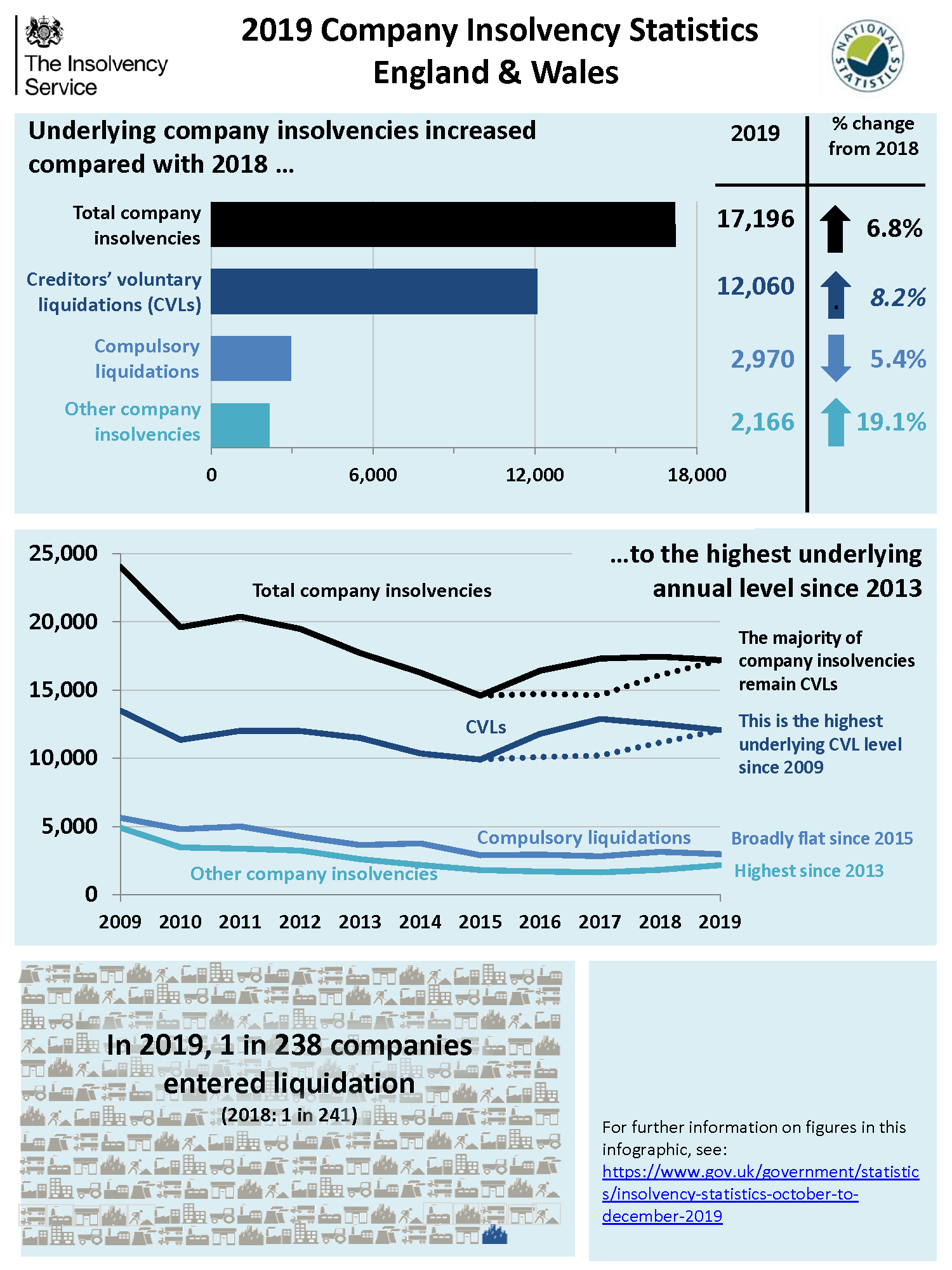 Are you concerned, that you or company could become the next insolvency statistic? We can offer you a free consultation to discuss your options.