This week: HMV saved from administration and Bank of England maintain Interest rates at 0.75% whilst revising down UK growth forecast to only 1.2% this year. 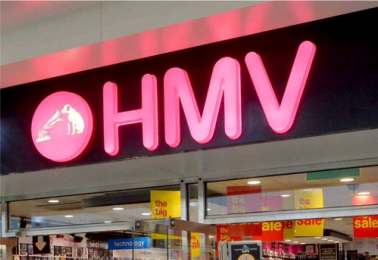 HMV saved from administration for the second time in less than 10 years, but 27 stores are to close with immediate effect.   The new owner Doug Putman, of Canadian chain Sunrise Records stated “We are delighted to acquire the most iconic music and entertainment business in the UK and add nearly 1,500 employees to our growing team.”

He added “By catering to music and entertainment lovers, we are incredibly excited about the opportunity to engage customers with a diverse range of physical format content and replicate our success in Canada.”

CD sales in the UK declined by a fifth last year and have been declining in double digits for more than a decade.  The marketplace for physical music is dying, perhaps with the exception of the niche vinyl market.  Faced with this, the issue with HMVs current business model, is that they're just not generating enough sales revenue.

It will be a huge challenge to turnaround HMV, unless they can find some other way to add value to their offering.  They are very much a bricks and mortar business with all the associated costs and at this late stage to try to make the big switch to digital streaming to compete with the likes of Amazon, Spotify and Apple would be almost impossible given their head start.

The MPC voted unanimously to maintain the rates at 0.75%.  The Bank is expecting UK growth this year to be the slowest since 2009, when the economy was last in recession.  Growth is forecast to be 1.2% this year, down from its previous forecast of 1.7% made in November.  The Bank said there was further evidence that businesses were being cautious in the run-up to Brexit, "Growth appears to have slowed at the end of 2018 and is expected to remain subdued in the near term," it said.  The Bank has even stated that it sees a one-in-four chance of the economy slipping into recession during the second half of this year.

If you have concerns about your liquidity, we can offer a free confidential consultation.