This week: Builder of the London Routemaster bus, Wrightbus goes into Administration resulting in 1,200 job losses and Thomas Cook forced into compulsory liquidation. 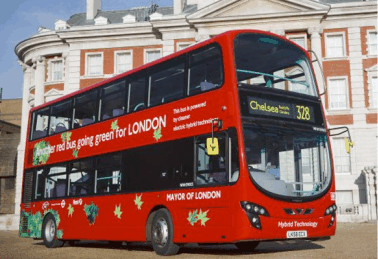 The last remaining UK-owned bus manufacturer entered Administration on Wednesday and it has been announced that only 50 jobs of around 1,300 will be retained.

The company had suffered from poor cash flow so had sought outside investment and had also been in talks with two potential buyers.

The company, best known for building the New Routemaster, known as the "Boris Bus" is owned by the Wright family, who founded Wrightbus in 1946.

The Wright family issued a statement after business went into administration. A truncated version of the statement: "We are devastated at the news today that the company has been placed in administration by the Board. Global changes from diesel to electric in bus technology have caused a sharp decline in demand for buses in the UK. As a shortfall became apparent, one of the steps taken was to move work from our Malaysia facility back to Ballymena to secure jobs here. These factors have resulted in significant losses at Wrightbus which our family has been covering for over a year. It simply became impossible to sustain that level of support. We have worked hard to support the restructuring team based in Wrightbus, and we are confident that a buyer for the business can still be found.” 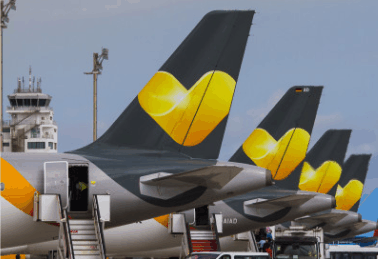 Thomas Cook has collapsed and entered compulsory liquidation with immediate effect in a statement released today. The collapse of Thomas Cook has put 20,000 jobs at risk of which 9,000 are in the UK. The High Court had granted an application to appoint the Government's official receiver as the company's liquidator. Consequently, all the company’s flights and holidays have been cancelled with immediate effect leaving around 150,000 Brits stranded abroad. The Civil Aviation Authority (CAA) will work with the Government to bring all those currently overseas with Thomas Cook back to the UK. The repatriation process will take place over the next couple of weeks with the assistance of a fleet of aircraft from around the world.

Peter Fankhauser, Chief Executive of Thomas Cook commented, “We have worked exhaustively in the past few days to resolve the outstanding issues on an agreement to secure Thomas Cook’s future for its employees, customers and suppliers. Although a deal had been largely agreed, an additional facility requested in the last few days of negotiations presented a challenge that ultimately proved insurmountable.”

Is your business struggling? Not sure where to turn? We can offer you a free consultation without obligation to discuss your options.