This week: Thomas Cook has only hours to raise £200m in order to avoid falling into Administration and High Court rejects legal challenge against Debenhams CVA. 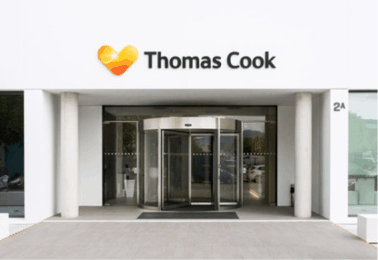 Thomas Cook has only hours to raise £200m in order to avoid falling into Administration.

Thomas Cook is holding last-minute talks to secure £200m in order to avoid falling into Administration as soon as this weekend. Thomas Cook's bankers, including RBS and Lloyds are insisting that the firm raises new contingency funds to see it through the winter months. Thomas Cook had hoped to seal a rescue led by China's Fosun earlier this week, before the firm’s banks issued a last-minute demand that the travel company find the extra funds.

If Thomas Cook were to collapse it would put 20,000 jobs at risk and leave 150,000 UK holidaymakers stranded which would require the biggest ever UK peacetime repatriation effort. The government and the Civil Aviation Authority (CAA) are drawing up plans to bring stranded passengers back to the UK, under a plan known as “Operation Matterhorn”. The ruling means that Debenhams can now push ahead with its CVA. This will result in 22 store closures by January 2020, and reduced rents or revised leases on 105 stores. As part of the CVA a total of 50 store will close leaving the chain with 116 stores.

Debenhams Chief executive, Stefaan Vansteenkiste said, “We are delighted that the court has today confirmed that our CVA is effective and will continue to be implemented as planned. Our proposals had unprecedented levels of support from our landlords, and today’s outcome is good news for our 25,000 employees, our pensioners and suppliers.”

Is your business struggling? Not sure where to turn? We can offer you a free consultation without obligation to discuss your options.