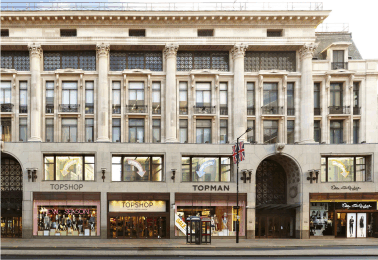 Arcadia are shedding 170 jobs at the head office of several of its retail chains including Topshop, Burton, Dorothy Perkins, Evans and Miss Selfridge. This new come a day after Sir Philip Green's retail group had been saved when the majority of landlords finally approved their 7 company voluntary Arrangements (CVAs). Landlords agreed to the revised rent reductions and as part of the rescue it was agreed that 48 stores will close with 1000 jobs to go.

The CVAs only just managed to get approval with one of the largest landlords, Intu voting against it. A spokesperson for Intu, who own and manage some of the UK’s largest shopping centres said, "We firmly believe that the terms of the Arcadia CVA are unfair to our full rent paying tenants and not in the interests of any of our other stakeholders, including Intu shareholders and the 130,000 people whose jobs rely on the success of our prime shopping centres."

Arcadia Group CEO Ian Grabiner, commented that he was "confident about the future of Arcadia” and that “with the right structure in place to reduce our cost base and create a stable financial platform for the Group, we can execute our business turnaround plan to drive growth." 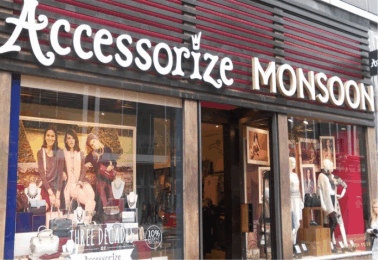 Landlords are apparently seeking up to a 30% stake in Monsoon in order to back any company voluntary arrangement (CVA) proposal.

Peter Simon, the owner of Monsoon Accessorize is coming under pressure from landlords to alter the terms of his proposal for a Company Voluntary Arrangement (CVA). It is under stood that a group of six landlords including British Land and Hammerson has told Simon that they want him to provide the proposed £30m of rescue funding in the form of equity rather than loans.

It is rumoured that Monsoon Accessorize is planning to launch its CVA next week, with a creditor vote expected in July. Sports Direct has mounted a legal challenge against Debenhams’ CVA, just a few hours before the 28-day window to appeal expired. Prior to the approval of the Company voluntary arrange (CVA) Sports Direct had owned around 30% of Debenhams shares which had cost them in the region of £150m to acquire. These shares were wiped out when the CVA was approved and ownership was transferred to Debenhams’ lenders.

Debenhams’ executive chairman Terry Duddy released a statement to the London Stock Exchange on 11 June “We believe the challenges to the CVAs to be without merit and will vigorously defend them. Given the overwhelming support for the proposals from creditors, including over 80% of landlords, this is an unnecessary distraction as we implement our restructuring plans.”

Is your business struggling? It may not be too late. Why not talk to us and see if can help? We have over 30 years’ experience and can offer you a free confidential consultation.